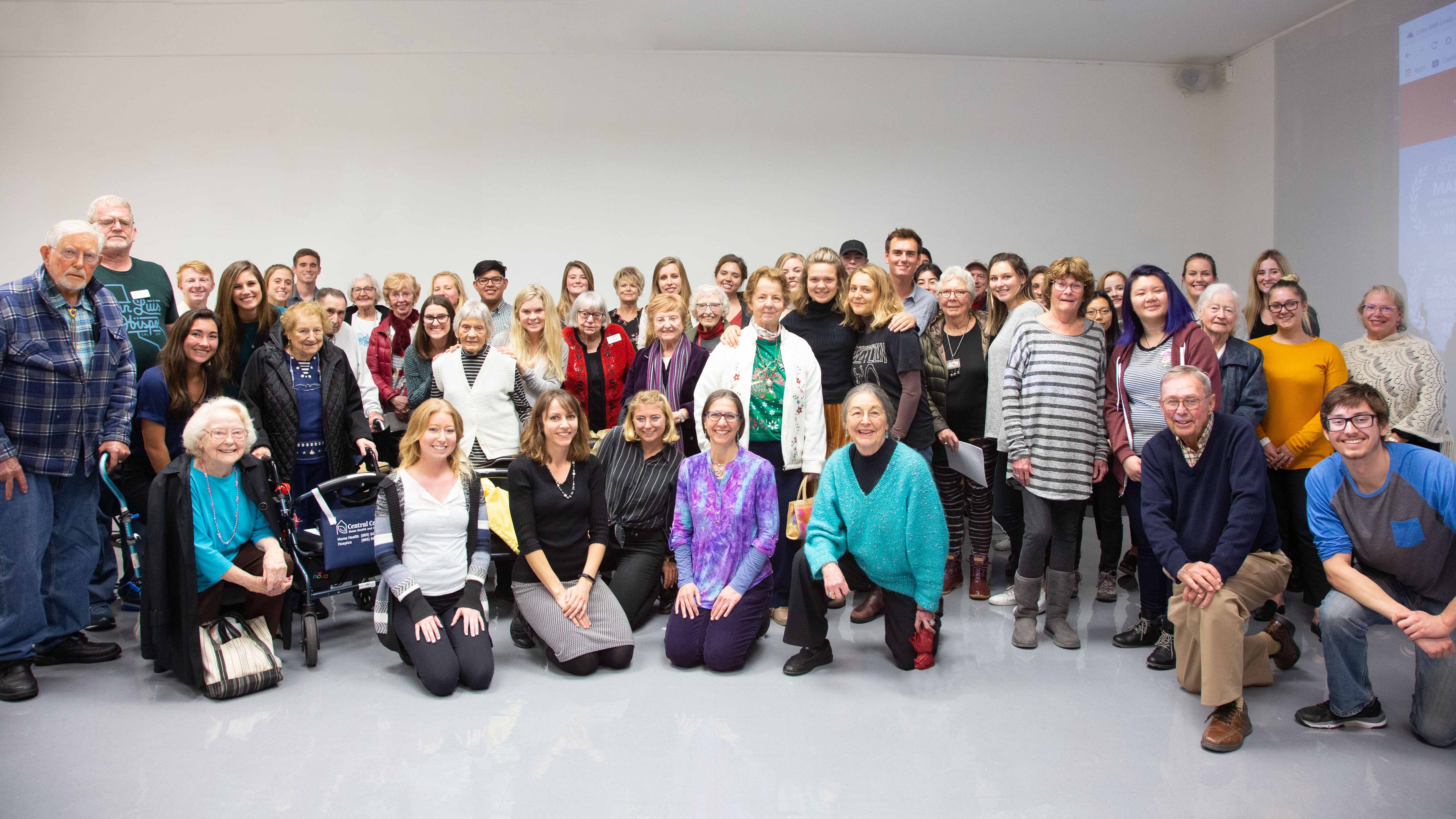 Sara Bartlett has been selected for Cal Poly's 2019 Learn by Doing Scholar Award in the category of planned and in-progress research for her project titled "Effectiveness of Intergenerational Service Learning Programs for Psychology of Aging."

During fall 2018, Bartlett’s Psychology of Aging class engaged in a service-learning project called the Lives Well Lived Project. This was a collaboration with Sky Bergman, creator of the documentary "Lives Well Lived" and a professor in the Cal Poly Art and Design Department, and senior residents at The Villages, an independent living retirement community. Lives Well Lived is a documentary featuring interviews with several older adults who are examples of “successful aging” (Rowe & Kahn, 1999), meaning they are largely free of disease and disability and are active and enjoying life. The interviews center around important historical events the interviewees were a part of, as well as their advice for living a life well lived. This project created a bridge between college students studying aging, and older adults at The Villages who, like the interviewees from Bergman’s film are examples of how one can age well.

First, the students traveled to The Villages and watched "Lives Well Lived" alongside the residents and then mingled with them afterwards. Next, 1-2 students were matched with each resident who participated in the project. During three more encounters, the students and residents took turns interviewing each other using the same questions used in the film. The students took what they learned from interviewing the resident and made a memoir document for the resident. Examples of memoirs included life history summaries, posters, and even a scrapbook. Bergman also took pictures of the student/resident pairs which they all got to keep. At the end of the quarter, students wrote a term paper on their experience and gave presentations about what they learned during a "wrap party," which the residents also attended, held in the University Art Gallery on campus.

When describing the experience, students stated, "I liked having the opportunity to connect with someone from an older generation that wasn’t a family member. I gained a valuable friendship and lots of advice. I can have friends of all ages and can connect with people not just my age” and that they "gained a new perspective on aging—there's still much to enjoy!" Residents stated they appreciated "getting to know the great students" and that the students "were so friendly. I felt like they could be my great-grand-kids."

Bartlett and Bergman plan to do this project again during the 2019-20 school year and look forward to expanding it to other retirement communities in San Luis Obispo.

Elizabeth Barrett, a lecturer in the Psychology and Child Development Department, has been the advisor for the Service Year on-campus club for four years, and she has had the pleasure of helping over 25 students find their way into a year of service. Through an annual fair and forum, which brings together recruiters from different groups and Cal Poly graduates who have completed a year of service to share their knowledge and experiences, she has helped the club officers put together fun, informative and transformational events.

Tuesday, May 21, 2019, marked the 4th Annual Service Fair and Forum. This event began as part of Barrett’s service as an ambassador for the Franklin Project, a non-profit that hopes to make service a cultural expectation for people between ages 18-29. The Franklin Project believes that all young people need some sort of experience to connect with one another and find common ground. Working together for various non-profits throughout the country helps them to not only better the community in which they serve but also to foster their sense of belonging to something greater than themselves. Service Year clubs are most commonly grouped under the Americorps, City Year, and Teach For America umbrella. Over the five years Barrett has been a part of this effort, the Franklin Project merged with two other organizations to create the Service Year Alliance — which has developed a website platform to connect those interested in serving to over 60,000 opportunities.

Read more from the 2019 Newsletter